The boy’s corpse was discovered on Monday morning, stashed in a box, much to the shock of the community.

Leeroy is reportedly on the run.

H-Metro visited the scene, and attended the funeral wake, where relatives opened up on the shocking incident.

The deceased was staying with his step-mother, Blessing Phiri, who  was devastated.

“We started looking for him on Sunday afternoon after we came from a church service.

“We asked neighbours if they had seen him but all our efforts were in vain until we went back home. We went to the shops and everywhere but it was all in vain.

“The next morning, we reported the matter to the police.

“My neighbour then heard that there was a dead body, which had been found at the next house, we went to the scene and found out that his body was stashed in a container and the body parts were chopped so that they could fit inside the container.

Blessing said the corpse was put close to an isolated cottage.

“It’s sad to lose a child that way and the box was found in an isolated cottage next to the suspected murderer’s house,” she added.

The suspected murderer’s aunt, Dadirai Machingauta, said: “We came from church and got home where I found a lot of water on the floor and I confronted Leeroy, asking what had happened.

“He told me that he had mistakenly spilled the water and was in the process of cleaning the floor.

“He left me to clean the floor and, to my surprise, I spotted some blood stains on the floor. I suspected that he was bleeding from the nose and I proceeded to clean the blood but I realised that the blood was too much.

“I then went to the next house where I asked my neighbour.”

Added Dadirai: “Leeroy then returned and requested for some washing powder since he wanted to wash the blankets.

“I then asked him again about the blood, which was in the house, and he told me that he had killed a rabbit but he threw it away.

“His explanation did not add up and I approached my neighbours over the issue.

“So, my neighbour then tried to question Leeroy over the issue and he panicked after he was told about what he has been telling other neighbours.

“The neighbours quizzed him over the issue until he confessed that he had killed someone.

“He narrated what had happened, he then showed the neighbours the body but he panicked and while everyone was still in shock, he disappeared from the scene.”

Another witness, Ruvarashe Chatindo, said: “Leeroy was sent by my husband to come and meet him at the tollgate with some money.

“I had so many bags and he helped me before we met Emmanuel, whom he asked to assist to carry the bags.

“I saw them talking and I assumed they were friends.

“I am realising it now that they didn’t know each other, but Emmanuel was quite friendly.

“We then continued, and they left me at my place. I don’t know what happened later,” she said.

Another source said they suspected it was a ritual murder.

“Leeroy used to say that soon he will be moving with a car but there are many versions.

Never argue with a train! 6 deaths, 54 injured in 66 accidents from January to August

‘Pack your bags and go’ – Mliswa shouts at Parly Chief; MPs close to blows over probe into computer scandal

Never argue with a train! 6 deaths, 54 injured in 66 accidents from January to August

‘Pack your bags and go’ – Mliswa shouts at Parly Chief; MPs close to blows over probe into computer scandal

LATEST: Sekuru Banda speak on people who sacrifice their toes 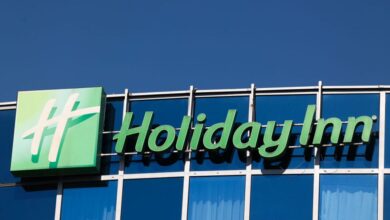