African National Congress (ANC) president Cyril Ramaphosa maintains his innocence and denies allegations of a cover-up pertaining to a theft that occurred on his farm two years ago.

On Wednesday, former spy boss, Arthur Fraser laid charges of defeating the ends of justice, kidnapping and money laundering.  He accused the President of concealing the incident where millions were stolen.

On Sunday, Ramaphosa responded publicly for the first time and dismissed the claims branding them a political witch hunt. He denied ever covering up the theft of million dollars off his Phala Phala farm.

“I want to re-affirm that I have not been involved in any criminal activity, all this money was from proceeds of selling animals, some of these things have a political agenda,” said Ramaphosa.

The President also disputed the 4 million dollar amount but when asked to clarify this is what he had to say: “Investigations are underway and all will be revealed by law enforcement agencies in due time.”

AmaBhungane, an investigative journalist unit, said it had uncovered a Namibian link in the case of money stolen from Ramaphosa’s Phala Phala farm in Limpopo two years ago.

According to investigative reporter Sam Sole, Namibian authorities identified suspects following a break-in at Cyril Ramaphosa’s farm in 2020, but sources claim SA intelligence back-channels were used to persuade the Namibians to drop the case.

“We have information from the Namibian authorities showing that some of the suspects in this matter transferred six million rands or six million Namibian dollars from the South African accounts to Namibian accounts, and it seems very likely that that six million was not the full amount. The indication is that other money was physically smuggled. So, whether it was one million US dollars or four million US dollars, the issue is neither here nor there.”

Meanwhile, Political analyst Sandile Swana said while President Ramaphosa’s openness about the matter of money stolen from his Phala Phala farm is welcomed, the real issue remains that there are laws that govern citizens dealing with foreign currency.

Swana claimed that the amount itself isn’t the issue. “We welcome the openness of the president that indeed the events did take place. He may dispute the sums of money involved, but the other thing that people have to recognise about the issue, you and I, any citizen, you’re not supposed to deal in dollars without proper authority in the first place, let alone keeping amounts above 20 000 in cash, running into millions.”

Ramaphosa is too weak to lead, says Reuel Khoza

The ANC will be successful in the 2024 elections: Ramaphosa

NEW TWIST: President Ramaphosa has nothing to do with Phala Phala theft, he is just a shareholder

Ramaphosa is too weak to lead, says Reuel Khoza

The ANC will be successful in the 2024 elections: Ramaphosa

NEW TWIST: President Ramaphosa has nothing to do with Phala Phala theft, he is just a shareholder 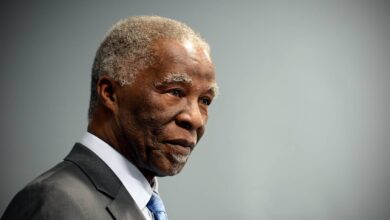 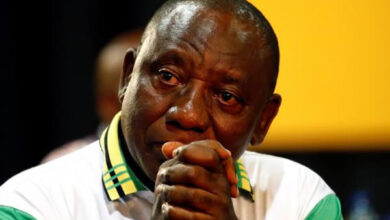