The Citizens’ Coalition for Change (CCC) has won two out of three wards in by-elections held in Bulilima on Saturday, 3 September 2022, with the other ward taken by ZANU PF.

Here are the results:

In War 1, there were 14 spoilt ballot papers while the percentage poll was 50.80.

In Ward 14, 5 spoilt ballot papers were recorded while the percentage poll was 53.24%. 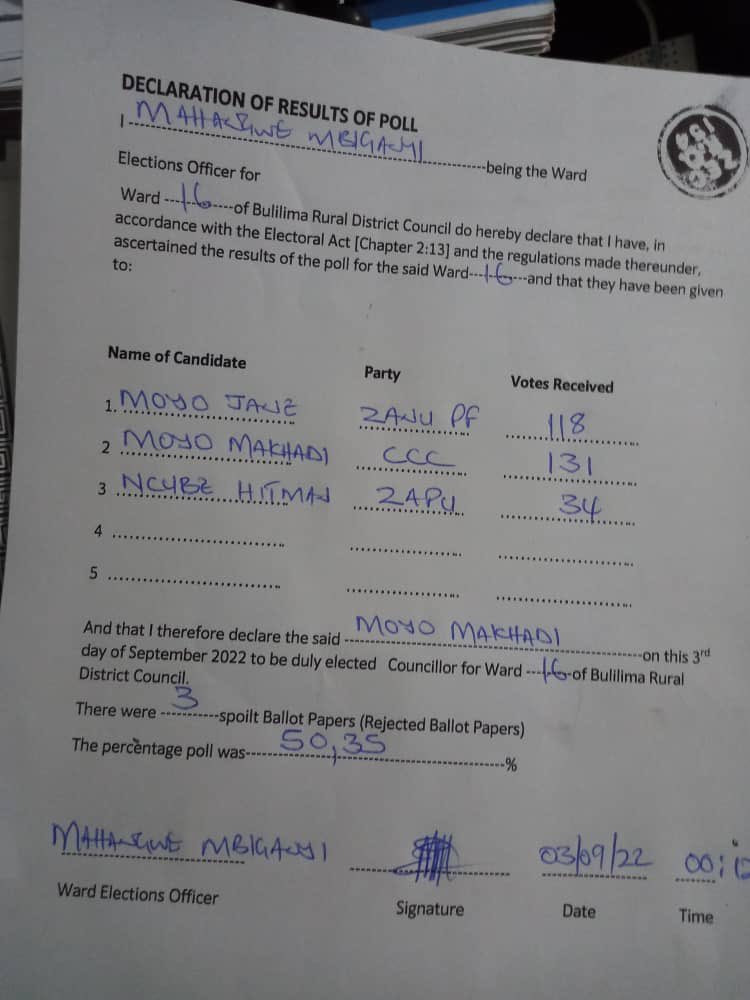 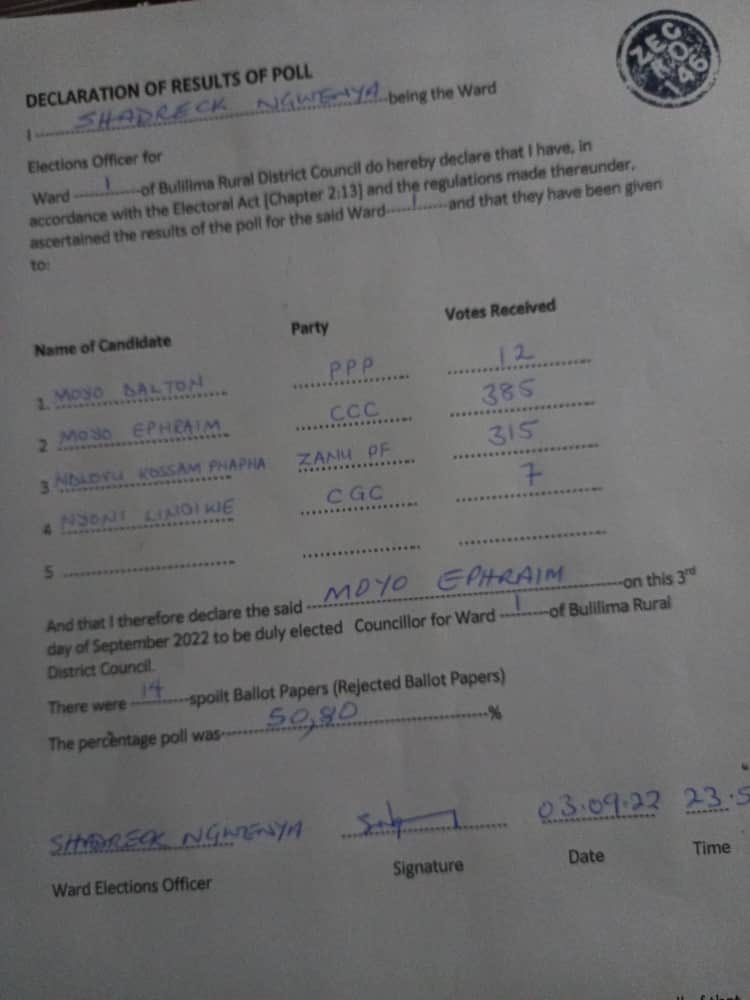 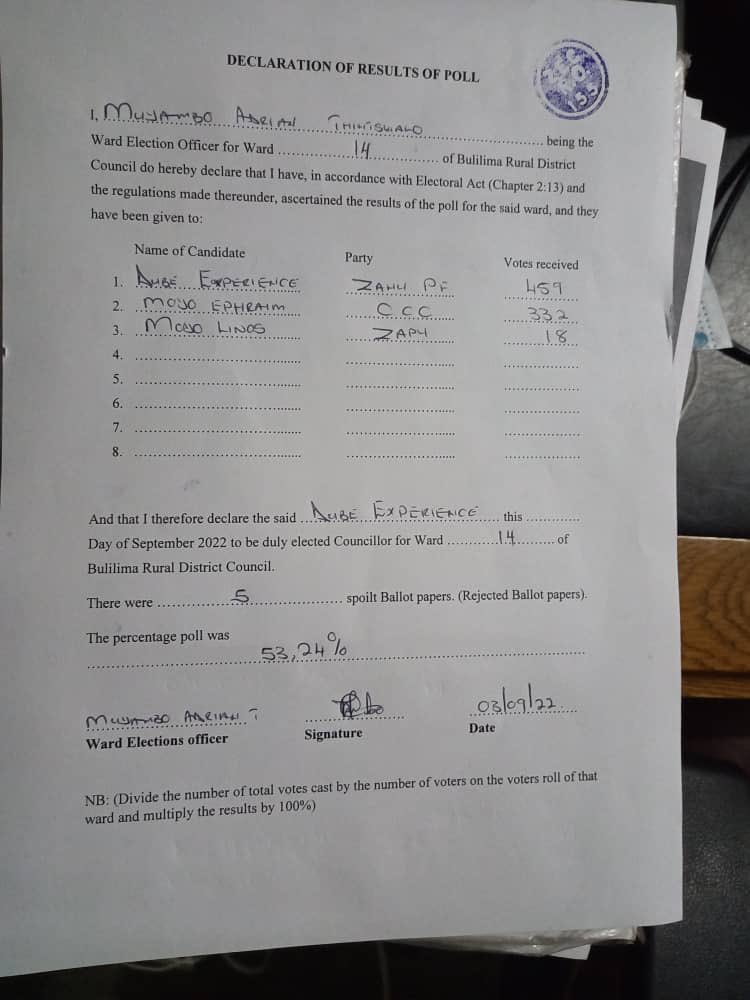